Q & A: Get to Know Debbie Hayes and Keith Stolzenburg

We sat down with this year's United Way campaign co-chairs Debbie Hayes and Keith Stolzenburg to learn more about how they Live United.

What first drew you to United Way?

KS: I was in my early 20s, I had a good job and I had the belief back then if you’ve got a job and you’re able to keep yourself maintained in a reasonable fashion and live prosperously in WNY you have an obligation to give back. And so the more I learned about the United Way, I thought Oh, this answers that need in me.

DH: Funny, I was recruited by Mary Martino for Women United and she went through the parameters of belonging to a living organization and I said I would love to be involved. The real hook for me was the time you’re able to spend in the community volunteering. To me that’s just an awesome way to get out there and get a feel for what the agencies are doing.

How did you both end up as campaign chairs this year?

KS: A giver in my 20s and 30s and 40s and then I was asked to be on the board of the United Way and I served a six year commitment that ended two years ago. And then somebody, somehow, someway asked me to be one of the co-chairs of this campaign.

Was it a hard sell?

DH: It was easy, especially when the past campaign chair is the one asking you to do it. It was an honor to be asked to serve as a campaign co-chair. I am relatively new to the board of United Way and to participating at this level in the organization. So I was honored, a little worried that I wouldn’t live up to the requirements of the job but once I understood more about the position I knew it was something I could do. The other thing that was really exciting for me was to know that I was going to have a co-chair and that I wasn’t going to be doing the work myself. The fact that Keith is from the business community and I’m from a labor organization just seemed to make sense because we really have a divide and conquer approach. He has areas that he works and I have areas that I work and we can cover a lot of territory.

KS: I love what you bring to the table. 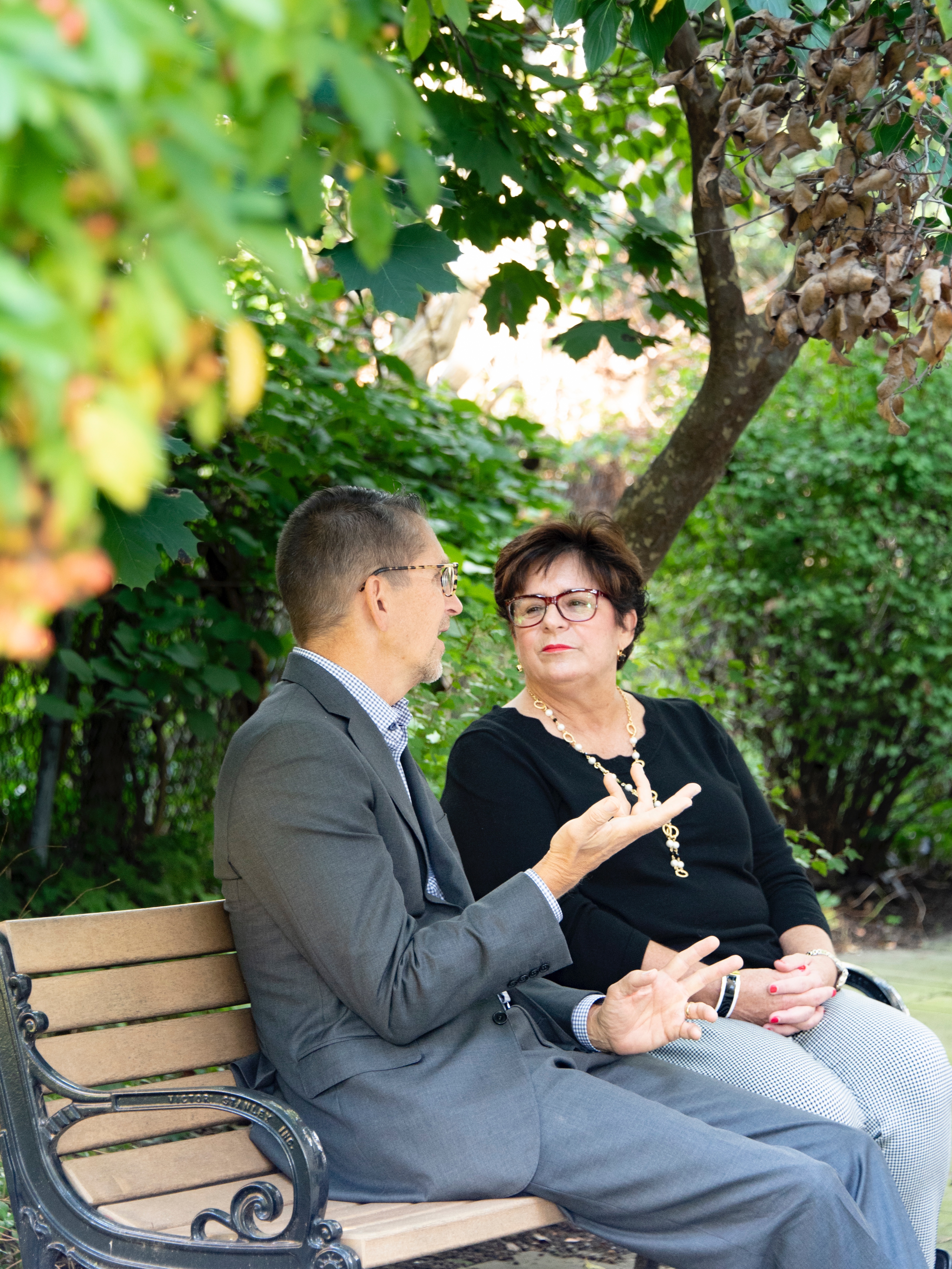 KS: Together is maybe a misnomer because we do literally and figuratively divide and conquer. We compliment each other. We don’t often show up at the same spot.

KS: To do it well, and to do it right, it’s an enormous task to say, ‘Let’s get out to the Western New York community in every way we can starting in the summer an moving all the way through until March.’ So it takes two. Kudos to those past chairs who have did it by themselves.

Why is it so important to give back to the community?

DH: In organized labor we have a saying and that is ‘You’re only as strong as your weakest link.’ I believe that’s true for our Buffalo community as well. It’s easy for me to get caught up in the struggles and issues of my own life and then I stop to realize that there are people in this community that are living at or below the poverty line and their struggles are day-to-day. I just feel that it is so important to be involved, to give back. It helps unite the community, it strengthens the community, and I think it makes people feel good. I think the ability to give back makes people feel better about themselves and their sense of wellbeing.

KS: You said a lot that I echo in second. I just finished a United Way letter and in there I answered the question why give by saying it feels good. I call it the vibe of the community and to echo again the weakest link theory. Buffalo is a lot of great things but it’s also people helping people. It’s part about what this community so tight, interesting, and a great place to grow and have fun. There’s a lot of needs in this community and I think United Way does a great job of identifying those needs and efficiently and intelligently ferreting out the dollars to those who need it the most.

What’s one thing that you want people to know about United Way?

DH: I’ve learned so much in the brief period of time that I’ve been a United Way campaign co-chair, but the thing I’d like to talk most about it Connect 2-1-1. I had no idea that 2-1-1 existed. Keith and I had the opportunity to tour the facility.

DH: (laughter) Yes, we spent that day together. It’s remarkable. You have visually impaired employees that provide the service but as far as the community is concerned it’s one phone call. Call 2-1-1 and you have access to food, shelter, clothing. If you have health issues, if you have mental health issues, it’s a phone call away. I think it’s a secret in WNY and I think we have to talk more about it.

KS: The one thing that I want people to know about the United Way if I can only say one thing is that if you’re inclined to donate money, if you’re a giver, if you have that feeling in you, that there is no better way to efficiently and effectively to reach those underserved needs than by giving your dollars to United Way. I’ve learned than over the past four months and over the last twenty years.

What  are you most looking forward to for this campaign?

DH: I agree. I would’ve said almost the exact same thing. I’ve had the opportunity to meet so many new people and especially get into unions where I may have not had access before and the ability to talk about the United Way programs and the principles of United Way around education and financial stability and health and wellness really affect every working family in this community. I was able to tell folks, we are all only one phone call away, one disaster, one emergency away from needing help. A contribution to the United Way is a way of making sure that that help is there when you need it.